This is a development page for a workstation. A workstation for general purposes and running BricsCAD in particular.

Our smallest workstation is the size of an A4 and is ~70 mm thick. That, combined with an A10-7890K is nice but needs much cooling under full load, realized by relative small PWM fans (60 mm). It means you can hear the computer from time to time. A power supply unit is in the case, which is a good thing. However, the model has simply no space for a large (spinning) hard disk.

So this page is about an AMD APU system, as small is possible, but without the drawbacks of our smallest system. Let’s consider some basics.

As Don Strimbu explains in https://blog.bricsys.com/choosing-bricscad-hardware/, Single Thread Performance is important when working with CAD. But other programs like Blender can benefit from multiple cores. A compromise is not per definition bad. And that makes AMD a nice partner with not the highest STP but with very reasonable values and proper MTP values if you use for example an A12-9800 processor, you don’t have to wait for your CAD program in general. It is a very competitive CPU range and the only possibility to build a case this small. Considering the “rise of Ryzen”, it can be expected that this line is continued, Ryzen APU’s, with RX Vega graphics, are available today.

About two “disks”: Imaging the M.2 to drive number 2 is no luxury under Windows.

AMD’s sockets are AM4 now. That means a complete range of new motherboards as well and for us a challenge to get it all fitting. ASRock Fatal1ty AB350 Gaming-ITX/ac is such a board. This is going to be fun. But we’ll start with one prototype, too many things can go wrong when designing from theory only.

Enough talking, to the drawing board!

First system is based on existing 2 mm stainless steel case, cut here: http://www.wettersnijer.nl/. It gives a good picture when trying to downsize volume…

BricsCAD on AMD AM4 hardware 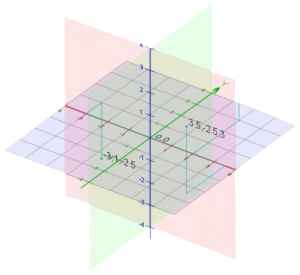